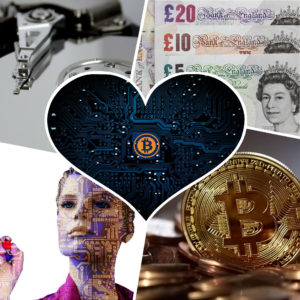 Defining blockchain may sound ephemeral but in truth it is a database technology for managing and recording Bitcoin transactions without the intervention of Central banks or clearinghouses.

Really and truly, its online verification is handled through algorithms and consensus among multiple computers so that the system is presumed immune to tampering, fraud, or political control. It is designed to protect against domination of the network by any single computer or group of computers.  Moreover, because every core transaction is processed just once, in one shared electronic ledger, blockchain reduces the redundancy and delays that exist in today’s banking system. The term – distributed ledger technologies – is a complex one to comprehend and as can be expected it is prone to rapid change that it’s difficult to predict what form future technologies will ultimately take.

The mysterious name of the bitcoin protocol’s creator, Satoshi Nakamoto, is widely assumed to be a pseudonym, and a number of attempts to detect his or her real identity have proven inconclusive. The currency reached its peak value on November, 2013, when a single bitcoin sold for $1,124.76. Since then, the price has stabilized considerably, hovering between $200 and $400 for most of 2015.

Let’s take a look at the major advantages that use of a blockchain can bring to the financial sector and also discuss some of the risks associated with it.

Blockchain may offer many benefits and it seems likely to be a technology that is here to stay. As it moves into the mainstream, it will be important to actively manage the risks that arise from its use. It is possible to register on a blockchain different kinds of activities but the most common is the settlement of financial transactions.  All those activities can be monitored in real time by market participants, increasing in this way its unique transparency. Simply put it is an encrypted, distributed database shared across multiple computers or nodes that are part of a community or system.

Blockchain can best be described as the technology that enables cryptocurrencies to trade and is built on the principles drawn from cryptography, game theory and peer-to-peer networking.  What makes it one of the most exciting technologies is its ability to reduce the possibility of security breaches by even its own operators. Beyond its use in the financial sector, it has other uses such as in the media and telecommunication industries.  Media sector applications include supporting low-cost micro-transactions that can be processed cheaply without the fees that existing payment networks require. To start with, a blockchain ledger in telecommunications may be a reliable and secure way and in the process the digital block’s programmability makes it possible to enforce usage rights.

It is a fact that Bitcoin as a digital currency is growing at a fast rate in the Chinese nation which saw fluctuations on major Chinese Bitcoin exchanges in Beijing and Shanghai such as BTCC, OKCoin and Huobi. It came as no surprise that the BTCC announced that it would be suspending digital currency withdrawals for a short term whereas OKCoin and Huobi did the same thing to give them time to comply with anti-money laundering (AML) and regulatory requirements enforced by the Central bank.

In the meantime, a major private bank in India has launched its inaugural accelerator program for Fintech start-ups with 12 chosen candidates from an international screening process. The 12 startups stand to gain access to funding up to $1 million through Venture Capital  partners associated with the program, without any commitment to upfront equity for capital. They formed part of 753 applications for such aid received from 18 countries around the world and were selected after undergoing a two-month application and screening process.  It is encouraging to note that two Indian start-ups named Signzy and R Imo, are leveraging blockchain technology.

Signzy is the developer of a biometric digital KYC solution powered by blockchain smart-contracts whereas R I mo is behind a blockchain-based foreign exchange B2B marketplace providing faster and cheaper cross-border payments while connecting with existing banking systems.  More countries are warming up to digitization and considering cryptocurrency schemes.  Quoting the president of Germany’s Central bank Dr Jens Weidmann, he said at a G20 conference that digital finance and financial technology was a priority in Germany. He went as far as saying it will bring a competitive threat to the current banking industry introducing innovation which can open the doors for new financial services, blockchain and crowd funding.

Some forecast that fintech while currently posing a threat to the profit margins among traditional banks, would have a “positive impact on overall welfare,”.  Who can deny that we are living in exciting times.

One certainly can’t reject that new technologies like blockchain, robo advisors or crowd funding do have the potential to make financial markets and services faster, more efficient, more convenient and more inexpensive for everyone. It is a poison pill against banking bureaucracy and unbridled regulation that since 2007 had entangled the wires.  Weidmann is not running away from this revolution, neither is he hiding his head in the sand – on the contrary Central bank in Germany is actively researching the implications of blockchain technology.  Settlements, using blockchain as a technology that could “allow payment transactions and securities settlement to bypass banks and central counterparties altogether resulting in lower overheads for the industry. We cannot underestimate the drive to protect consumers after 2007-2008 global financial meltdown which has spurned a lot of new regulations in all jurisdictions, put heavy burdens into extra controls, risk management, compliance, to avoid any misconduct in the future.  Banks had to invest enormous sums in their compliance sectors just to stay in line with the regulatory requirements.

That was significantly higher over the last 3-4 years and dynamism that banks and insurance companies usually employ to promote new services, new products, improve certain customer services is now overshadowed by the mountain of new regulatory requirements.

Taking the view from a macroeconomic perspective, there is significant pressure on European banks, because there are limited growth opportunities. Banks face limited growth  possibilities because interest rates are low and the transaction volume is also sluggish due to business uncertainty. Therefore, the arrival of blockchain could not have come a moment too soon. To better explain the saving in third party intrusion when transactions are being recorded in traditional channels one can compare this to use of blockchain technology in the encrypted ledgers which is faster and cheaper and safer.  It makes it easier to access that information from anywhere because it isn’t stored anymore behind firewalls, it’s accessible for the different marketplace, and there’s encryption in place to make sure only the authorised parties have access. Yes – it is a game-changer from any perspective, and this not only for the financial services industry, but for insurance, for trade finance and sundry medical files in hospitals. As always there can be abuses of the system but rather than shying away regulators can put their thinking cap on and start identifying key regulatory issues in operation of fintechs to safeguard global financial stability.