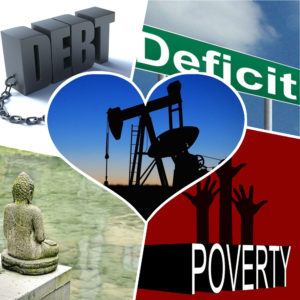 The sluggishness of the China economy may continue to drag down oil prices reflecting the glut in oil inventories where supply is not matching demand, mainly as a result of the OPEC policy to continue pumping more oil and flood the market while the immediate effect of Brexit on global trade is still unknown. These geopolitical developments in 2016 are important wildcards, sometimes with a negative impact on the corporate sector. At first glance, the long-awaited European recovery and the advent of cheap oil and gas should leave a positive mark on the European economy, but the benefit mainly accrues to those manufacturing and service sectors that operate regionally and where competitive pressures aren’t too intense. Another challenge to Western economies is the rapid change in the pace of technological advances which is accelerating with data analytics, artificial intelligence, and robotics – all areas benefitting from increased US investment.

In Malta, these developments represent a competitive threat to traditional businesses, yet for smart operators they can present opportunities for growth. Our growth potential was highlighted in the recent favourable upgrade by Standard and Poor’s agency to a stable outlook BBB+/A-2. The welcome reduction in the deficit impacted positively the debt ratio, which declined by 3.2 percentage points to 63.8 per cent in 2015. In this regard, the previous administration policy to spend and borrow money locally to finance the ongoing deficit has been reversed. On the contrary, the government is committed to gradually reduce the debt ratio to below the 60 per cent of GDP and aim for a budget surplus.  Party apologists blow their trumpets and rub their hands in glee saying that the economy continued to expand robustly in 2016, with real gross domestic product (GDP) reaching 6.3 per cent in 2015, reflecting superlative results gained by both the tourist industry and the gaming sector.  Naturally the proof of the pudding is in the employment statistics and these point to a healthy and steady improvement reaching historically low levels.

Another jewel in the crown is the healthy increase in tourist arrivals where expenditure in the period January to April 2016 increased by around seven per cent over the corresponding period in 2015. This now hits a new revenue target of €332.5 million.

So where is the fly in the ointment?

Malta’s main weaknesses are reflected in two issues, namely SMEs getting credit and resolving insolvency. In the case of getting credit, Malta’s score is low given the lack of institutional set ups in this respect, such as a lack of credit bureau and a credit registry. In terms of insolvency resolution, Malta’s weaknesses lie in inefficiencies related to the time, cost and recovery rates of insolvencies. The pre-budget document proposes that new legislation is introduced next year in order to speed up proceedings with respect to resolution of insolvency through the new concept of Second Chance. This seeks to introduce voluntary mediation procedures in insolvency if at least 60 per cent of the company’s creditors are in agreement. It is also placing due importance on bolstering Alternative Dispute Resolution (ADR) mechanisms through its commitment to expand the Mediation Centre and contain its fees to a minimum. Furthermore, the government is committed to improve the Malta Arbitration Centre by converting it into a more efficient and effective hub for domestic and international dispute resolution.

Sadly, notwithstanding a massive reform in its energy sector, a restructured Enemalta will not generate profits until 2017 even though the price of oil reached a low of $25 per barrel last year. However, it has announced its first major export order consisting of an €80 million wind farm project in Montenegro. It is no surprise that rating agency Standard & Poor’s raised Enemalta’s credit rating to BB- on the basis that the power utility had improved its liquidity and that restructuring efforts “are delivering improvements in cost structure earlier than expected”. Standard & Poor’s said, “We believe the group will post positive cash flow after capital expenditures over our two-year rating horizon.” More skeletons in the cupboard can be state-owned enterprises which pose fiscal risks, as exemplified by financial support to Air Malta and the accumulated debt outstanding at the Freeport and Gozo Channel.

Detailed observations on the economic trends are summarized in a compact pre-budget document which reveals a number of interesting facts.  In my opinion, the most important challenge is social cohesion through better education and the elimination of skills gaps. Studies have shown that education (free and government pays stipends) is good but needs to be further pruned to ensure better dispersion of knowledge and skills.  It is beyond a doubt that non-skilled people find it more difficult to access the labour market as demonstrated by the employment rate for people with a low level of educational attainment, which at 52 per cent is considerably lower than the overall average in Malta of 63.9 per cent.

It is all very well saying we continued to consolidate progress in labour market performance with an exemplary employment growth rate of 2.4 per cent. Stop and reflect – why do we find that the employment rate of females is 52.2 per cent when compared to the EU average of 65 per cent given that there are more female university graduates than males. We need to encourage more female participation in the labour market and continue to offer strong labour conditions. The pre-budget document comments on how low skills are associated with relatively lower employment rates, and this in turn is manifesting itself in poverty outcomes in the light of the persistent poverty and social exclusion in low skilled households.

Over the years, previous administrations have persevered to improve education and training facilities to raise the skill levels of workers. Quality education increases the employability of individuals and increases social cohesion and integration. Naturally, better skilled workers generate higher value added in sustainable jobs. Can quality education be the remedy to address the rising risk of poverty among the employed?

Figures in tertiary education attainment for those aged between 30 and 34 is 27.8 per cent, almost the lowest rate in the EU. The EU 2020 target recommends that in the 30 to 34 age segment the attainment rate should be at least 40 per cent. Another worrying trend is the low participation in lifelong learning with a mere 7.2 per cent in 2015 when the EU target rate is 15 per cent. Also alarming was the early school leaving rate of almost 20 per cent in 2015 when the EU 2020 agenda sets the rate at 10 per cent.

In conclusion, the pre-budget document showers a cornucopia of statistics and trends to set the stage for a better informed discussion on budget reforms among the social partners.  One hopes that no effort is spared to continue investment in the educational facilities and in this way help reduce the risk of unskilled workers falling into the poverty trap.