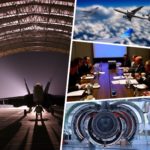 I attended last week the 11th Asia conference held at the majestic JW Marriott hotel in Hong Kong where I had the privilege and honour to deliver a breakfast speech promoting Malta’s attributes as a financial centre to a select group of Chinese investors. The conference attracted 400 delegates and was organised by Henley & Partners which annually promote citizenship on a lavish scale in a number of countries including Cyprus, Malta, and a host of Caribbean countries.

Malta was represented by FinanceMalta and Identity Malta while a number of practitioners attended the three-day event mingling with the delegates and discussing investment and citizenship opportunities. The Prime Minister Joseph Muscat gave a didactic speech emphasising that despite unprecedented economic success the island has also been successful to promote its scheme for citizenship by investment amid stiff competition fielded by other EU countries.

It will reach the target registration of 1,800 applicants which will mostly be invested in a National Sovereign fund.

Joseph Muscat has revealed that a renewal of citizenship programme would be “more exclusive” than the first, as Malta hopes to continue attracting the “right kind of people” to its shores.  Despite stiff criticism from partisan Opposition bloggers who severely criticised the direct involvement of Muscat in such promotions, he boldly expressed his opinion that “We are open to innovative ideas to make our programme even more successful and better”.

Referring to his detractors at home, he reiterated that Malta was not pitching to applicants looking for an easy way to get citizenship and continues to maintain the most rigorous due diligence system in the world.

It goes without saying that by being proactive, the government has attracted the attention of persons who are investing and helping the country through personal contacts to explore new economic niches such as block chain and cryptocurrencies.

It is, therefore, no surprise that such initiative has resulted in attracting business negotiations with the China Aircraft Leasing Group (CALC). This is the biggest aircraft lessor in China and is also involved in aircraft disassembling and recycling.

CALC is no underling.  It is a full value-chain aircraft solutions provider for global airlines, which recently entered into an aircraft purchase agreement with Boeing for 50 new 737 MAX series aircraft, with a list price of US$5.8 billion. It has grown from being a market leader in China’s aircraft leasing industry to becoming one of the most important players in the global aviation market, and now has a strong team in place, looking to capture global opportunities and to diversify its fleet portfolio in an effort to meet the varying needs of airlines customers in such a dynamic market.

CALC was awarded “Listed Company Award of Excellence 2017” for the second consecutive year by the Hong Kong Economic Journal in recognition of its robust operating results and sound corporate governance.

Readers may ask what Malta can offer to Asian players in the aviation sector.  The answer is simple.  Entry to the European Union and recent changes in the legislative framework has galvanised new opportunities (provided these are well marketed) in the aviation sector. The Aircraft Registration Act on 1st October 2010 had amended the Civil Code and the Code of Organisation & Civil Procedure.

It implements the provisions of the Cape Town Convention on International Interests in Mobile Equipment and its Aircraft Protocol which is well known for its benefits to banks and aircraft leasing.

Entities established or operating in Malta, carrying out finance leasing activities will henceforth be exempt from licensing requirements where owned, or are subsidiaries of or are exclusively funded by professional clients or persons recognized as eligible counterparties in accordance with article 30 of Directive 2014/65/EU of the European Parliament.

Finally, Malta aims to achieve the economic benefits falling under the Cape Town Convention by way of declarations, including clarity of prevalence rules in the event of conflict and by permitting the use of the form annexed to the Aircraft Protocol.

Observers tell us that recent enactments make Malta an attractive jurisdiction for both private and commercial aircraft registration within Asia, while also ensuring full adherence to the restrictions imposed by EU law on the registration and ownership of aircraft within the EU. We may have started late in the game so there is no time to lose to catch up on lost opportunities – ideally similar roadshows are hosted by Malta Enterprise to yield rich dividends.

The legislation now permits recognition of fractional ownership of aircraft, the registration of aircraft under construction as soon as it is uniquely identifiable; and broadening of registration possibilities for non-air service aircraft. The legislation has removed restrictions to charging of and the compounding of interest from applying to debts and other obligations secured by mortgage or due under a lease of an aircraft or aircraft engine whether registered in Malta or otherwise.

Specific provisions with regard to the taxation of aviation income are innovative and can be beneficial to Asian investors. This means that revenue from the ownership, leasing, or operation of an aircraft or aircraft engine used for or employed in the international transport of passengers or goods is deemed to be earned outside of Malta.

This could lead to nil tax leakage since such profits are considered as not remitted in case of owners resident, but not domiciled in Malta.

More good news is showered on owners who now qualify for accelerated depreciation – six years for aircraft airframe, engine, and overhaul, and four years for aircraft interiors and other parts – together with an exemption from the application of fringe benefit rules on income. For corporate owners the advantages are equally interesting.

Leasing an aircraft carried by Maltese companies (along with performing other aviation-related activities) would mean an entitlement to benefit from the standard corporate tax rate linked to an attractive refund structure payable within 14 days from tax payment.

Malta is also a signatory to all EU tax directives and it does not withhold taxes on dividends or interest payments outside of Malta. Such concessions need to be demonstrated to Asian investors who are traditionally attracted to other EU countries particularly Ireland and UK.

We are proud to have a number of European aviation companies such as Lufthansa Technik, VistaJet, Avcon Jet, among others but there are opportunities to attract leading Asian providers of aircraft maintenance repair and overhaul services.

Can we afford to remain apathetic or shall we unite and set forth to showcase our qualities and join the club of well-organised aviation centres?  As always, the early bird catches the worm.