Almost 60% of small UK firms do not have plans in place for extreme weather – despite the fact 66% have been affected by it in the last three years – a study says.

Chocolate firm Thorntons’ shares fall 25% after it warns that annual profits will fall this year because of poor sales in some supermarkets.

Saudi Arabia’s oil minister, Ali al-Naimi, says the Opec cartel will not cut oil production even if the price falls to $20 a barrel.

1. Does the internship relate to your coursework?

Yes¸ some of the work¸ like writing articles about legal facts.

2. Did your internship meet your expectations?

I expected to learn something about auditing because I want to do this after my studies. Unfortunately it is not possible for interns to work in the audit department. But I improved my knowledge of other very useful things about European law and taxation.

3. What did you enjoy the most during your stay at PKF?

Get to know interns and their cultures from many other countries and the tasks of a international business advisors office.

4. How has the internship at PKF affected your career plan?

It didn’t chance my career plans. My plans are still to work in an international finance company.

5. What’s your opinion about the working environment at PKF?

6. Why would you recommend this placement to other students?

If you want to improve your English and get to know people from other countries it’s a good experience. During the summer working hours you have a lot of time to visit the country.

7. What’s your overall view about internship at PKF Malta?

It was a good experience and improved my language and social skills for my future career. I think its very helpful to have international working experience in my CV and will be a pro for the job applications in international companies.

8. Would you provide any suggestions/tips for future interns?

Make sure what you expect from this internship and if these expectations are provided by PKF Malta. If you want to explore the country¸ come in the summer month.

Nowadays coaching  is a pretty hot topic. Every respectable corporation which gathers big amount of employees uses coaching techniques to improve results and make work more effective. It is of course natural for company to make maximum profits and minimalize costs¸ but let us wonder that maybe there are any costs caused by using those techniques? It is all about the humans but does it really considers workers welfare indeed? This article is a discourse between the influences of coaching on business with small second thoughts on the role of the employee in the system.

While searching information for this article I came up with many¸ many others written by coaching guides trying to prove facts and myths about services themselves. However¸ I couldn’t resist the impression¸ that none of them wanted to show the other side of the coin. All are trying to convince that the criticism addressed to ‘coaching world’ is unjustified and inappropriate. Shouldn’t it be the exact opposite? In the end the idea of couching is to stimulate creative thinking and build own opinions…

As in every profession¸ there are professionals as pretenders¸ specialists and sloppy workers¸ but in this area it is especially important to not being drugged into working with the second ones. As always on psychological field working with minds is very sensitive¸ so it is necessary to choose help and technique as much consciously as we can. Maybe before taking some courses and workshops¸ recommended would be to make at least small research in this sphere to have the ability to form an own opinion.

Let’s start from the very beginning. The idea itself has positive and sincere motives. The goals are individually fitted to each personality¸ nothing is imposed from the top¸ and a client is stimulated to his own creative thinking. Perfect coach is a person who never suggests any solutions¸ does not urge to do things which are contrary to the person’s beliefs and values. The role of coach is to provoke wondering¸ to stop client in his life and force to think about it for a while. He often asks: ‘And how you see it?’¸ ‘What are your options?’¸ ‘What is most important for you¸ why?’¸ ‘What will be your first step¸ when?’ By asking the right questions he try to help the client realise the possibilities¸ and answers but without giving any by himself. Good trainer is also able to separate from his views¸ life experience¸ ‘cognitive maps’ and simply helps to see more as well as the priority for coach should be to recognise and realise what the customer sees and what he wants for himself.

As it is shown¸ the idea is upright and noble¸ however everything has two ends. Before hiring a coach it is worth to stop and look further how it works in practise. Let’s go a bit dipper with sliding questions. Is it really possible for coach to keep with complete objectivity? Who actually is a client¸ isn’t it maybe nowadays alternative synonym for a patient? How the sessions really affect us? What are the results and impact on our way of thinking in the future? And the final question: is it just contemporary aid or a new path of global manipulation?

The inquiry I have started with some lingual research. Nomenclature which is used in coaching world seems to be psychologically very interesting.  As was mentioned above people who use couching services are c 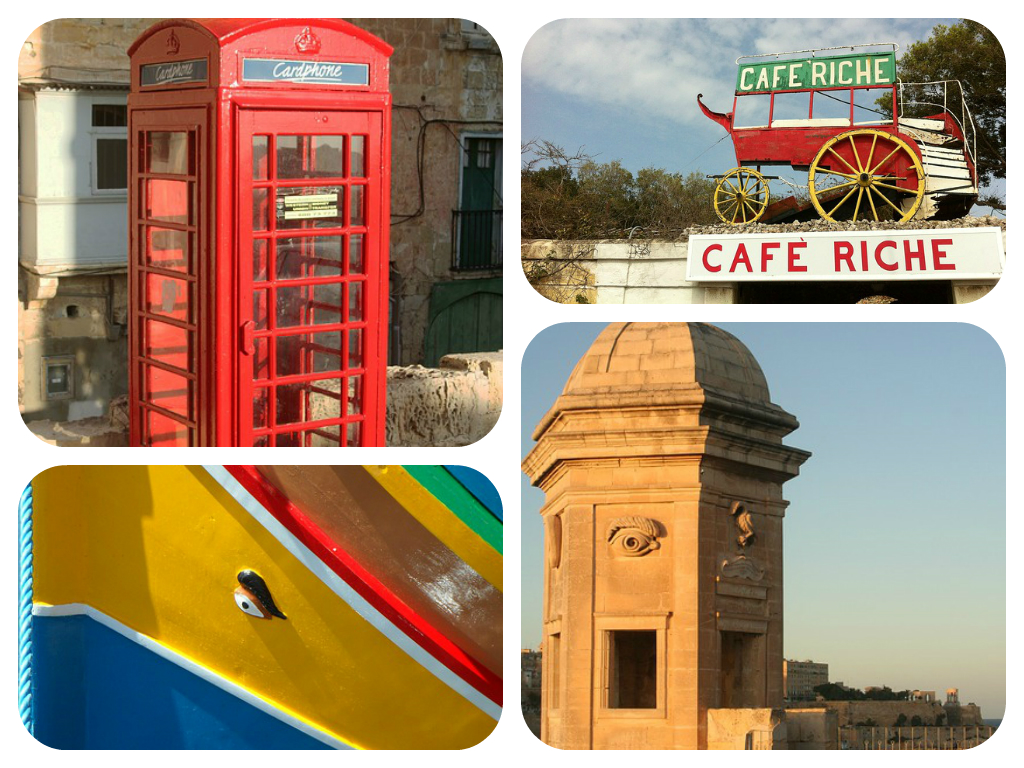 The Duke of Cambridge proved a whizz at table football when he joined a group of teenagers for a lunchtime match – and scored the winning goal.

William showed off the skills of a misspent youth when he visited a welfare centre in Vittoriosa providing a range of services for youngsters and adults from an impoverished area of Malta.

The second-in-line to the throne may have performed better than his pregnant wife Kate¸ who was supposed to make the two-day visit to the island nation but withdrew due to a severe form of morning sickness.

The Duke has been in regular touch with the Duchess¸ updating her about the visit¸ which would have been her first solo trip¸ and son¸ Prince George¸ has also clearly been in his thoughts.

He joked with a child care student that she could come to the UK and look after the little prince¸ who is almost 14-months-old. ‘Another baby will make things interesting for us¸’ he said.

When William spied a group of teenagers huddled over the table football he could not resist joining Kayleigh Cioffi¸ 17¸ and her playing partner who were losing.

He expertly twirled the handles controlling the goal keeper and the defenders and turned the game around by scoring two long-range goals.

As the first went in he said in triumph ‘great goal from the defence¸’ and when the winner smashed home a few second later he added ‘ahh that’s it¸ we’ve won’.

Ms Cioffi¸ a regular user of the facilities at the Agenzija Appogg access centre¸ a youth and social services provider in the town of Birgu¸ was impressed by the Duke.

She said: ‘He’s better than me¸ and he helped us win. He was so¸ so nice. He said that he would love to spend a summer here.’

The Duke proved more adept at the traditional game then the computer version but clearly enjoyed sitting on a bean bag and playing an Xbox 360 football game with three teenage boys who were nearby.

He joined the Milan team who were playing Real Madrid and took one of his computer footballers on a mazy run before he was well tackled.

‘These teams are good¸ but nothing like Aston Villa¸’ he joked¸ referring to his favourite British football team.

Ansell Delia¸ 16¸ a member of the Colour of Life club¸ based at the access centre¸ which provides afterschool activities¸ said about his computer football skills ‘he was not bad’.

The teenager added: ‘He’s a lot different from the pictures in the papers¸ of course¸ but he seemed to really enjoy spending time with us – he’s very friendly.’

William chatted about his son George when he met child care student Janet Desira¸ 17¸ who told him she is learning all about young children at college.

The second-in-line to the throne joked: ‘You can come and do some babysitting for me¸’ and he held out his arm to show how high George now stands¸ addi 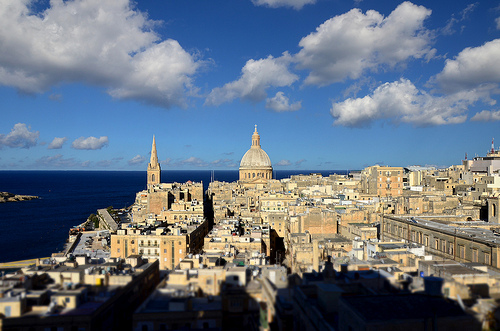 Malta is a small island – and Valletta is the smallest capital in the EU. But now the former British colony is getting a planet-sized chunk of attention. Later this month¸ the Duchess of Cambridge will represent the Queen on her first official overseas trip without Prince William (or Prince George) to celebrate the 50th anniversary of Maltese independence.Already the island has gone Kate-crazy. People could talk of little else as I travelled around Malta and its neighbour¸ Gozo.

As if that wasn’t enough¸ Brangelina – the newly wed Brad Pitt and Angelina Jolie – have been in Gozo filming By The Sea¸ written by Jolie. The couple took over the secluded pebble beach of Mgarr ix-Xini.

The Duchess will feel at home on Malta¸ where 150 years of British rule have left their mark. The Maltese drive on the left¸ British phone and post boxes are everywhere¸ there’s even a M&S in Valletta – and they still use three-pin electric plugs.

What’s more¸ Malta has been held in great affection by the Queen for nearly 70 years. Between 1949 and 1951¸ as Princess Elizabeth¸ she lived just outside Valletta¸ when Prince Philip was stationed there as a naval officer.

The links were strengthened during the war when the island came under Luftwaffe bombardment. It held out and was awarded the George Cross by George VI as a result.

It’s a pity the Duchess will be there for only two days – there’s so much to see on these small¸ but fascinating islands.

Malta is by far the larger of the two and the more crowded¸ while Gozo is the deserted¸ rural cousin. Do take the regular 25-minute ferry across the channel that separates the islands.

Both are so rich in history that I swam off the golden-red sands of Ramla Bay¸ on northern Gozo¸ without realising its significance. Only later did I discover this was the beach where Odysseus¸ hero of Homer’s Odyssey¸ was washed up¸ clinging on to a timber¸ the last fragment of his shipwrecked boat.

He was given refuge in a nearby cave by Calypso¸ a drop-dead gorgeous nymph. He promptly hopped into bed with her. Calypso’s Cave¸ on the hill overlooking the bay¸ was depressingly short on attractive nymphs.

Back on Malta¸ Valletta was a delight. It’s only a three-hour flight from London¸ but it feels tropical: a former British colony meets Italy meets Arab Africa. Sicily is only 50 miles north; Tunisia 176 miles west. The city is built on a grid¸ like an early Manhattan¸ but there are no skyscrapers and all but essential traffic is banned. At its heart is St John’s Co-Cathedral¸ built by the Knights of Malta from 1573. The knights — from Italy¸ Provence¸ Auvergne and Aragon – competed to produce the most ornate chapels. The result is a blingy series of gilded rooms¸ studded with b