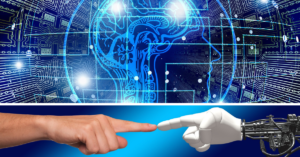 The advent of Artificial Intelligence is entering the economic stage through the back-door but many feel that it is so powerful that we can only ignore its influence at our own peril. It is no minnow.

Experts predict that it in ten years it will underpin $15.7 trillion of global economic growth. Some fear it will wreck job opportunities and create mass unemployment in certain sectors yet others are less sanguine and think that it simply transforms current jobs and create new ones.

The McKinsey Global Institute reckons that by 2030 up to 375m people, or 14% of the global workforce, could have their jobs automated away. Bosses will need to decide whether they are prepared to offer and pay for retraining, and whether they will give time off for it. Many companies feel sympathetic towards the need for workers to develop new skills, but mass education is the remit of national governments and should not come about at the employer’s expense.

This is debateable, since less advanced countries do not have the resources to train workers to reach the higher technical skills required once the AI revolution becomes mainstream. Technological change always causes disruption, but AI is likely to have a bigger impact than anything since the advent of computers, and its consequences could be far more disruptive. Being both powerful and relatively cheap, it will spread faster than computers did and influence many sectors.

Another important question is how to protect privacy as AI spreads. The internet has already made it possible to track people’s digital behaviour in minute detail. There is little doubt that in the coming years, AI will offer even smarter tools for businesses to monitor consumers behaviours, both online and in the physical world.

This may become a threat to privacy. A corollary of AI is machine learning. One can explain this as autonomous learning capacity which empowers a machine to learn by its own without being explicitly programmed. It is a subset of AI, that provides the underlying system with the ability to automatically learn and improve from experience.

Today, many US firms are competing to provide AI-enhanced tools to companies. As can be expected, millions are invested to develop new technologies and companies that achieve a major breakthrough in artificial intelligence could easily race ahead of rivals and toughen global competition.

More likely, in the years ahead AI might contribute to the rise of monopolies in industries outside the tech sector where there used to be dynamic markets, eventually stifling innovation and consumer choice. The fear is that smart computer programs will eliminate millions of

But real-life experience has shown otherwise. For example, the arrival of automated teller machines (ATMs) spared bank employees the job of handling out cash and freed them to offer financial advice to customers.

Obviously, some jobs could be made a lot easier by AI. One example is taxi drivers. Some fear that taxi drivers will be replaced by autonomous vehicles. But in future taxis will still be manned particularly when needed in town to manoeuvre around busy streets which is far harder than driving long distances down the motorway. Interesting advances powered by AI are happening across many medical areas.

Other potential uses of AI, is to detect cyberattacks, or coordinate fleets of drones, in hospitals and where many people congregate it is useful for mass surveillance through facial recognition. Furthermore, increased automation gives more physical control to digital systems, which in turn makes cyberattacks even more dangerous.

Regulation is needed to ensure that AI engineers are employing best practices in fighting cybersecurity and limiting the intrusion of cyber thieves especially in banks and sensitive data centres.

The fusion of AI and Blockchain systems will further enlarge the arsenal with tools for fighting cybercrime and make DLT databases tamper proof. To give an example, when any, say transaction, is recorded on blockchain, that transaction is made known throughout the chain connecting users’ to each other.

Therefore, it is not possible to tamper with a blockchain, which is why trust is built into the system rather than guaranteed by a ‘central owner’ of the data. Thus, this powerful technology is silently ushering the fourth industrial revolution. It will allow individuals to regain control of their own data, such as medical health or education

records, and use it in ways that would not have been possible in the past. Blockchain and DLT technology will improve the tracking of intellectual property rights, as well as strengthen the concept of ownership in the digital sphere.

Having discussed briefly the uses of AI, one may ask if and how can tiny Malta ever partake of this success story. The answer is blowing in the wind as it so happens that Prime Minister Joseph Muscat has called for a global framework for regulating research into, and the development of, artificial intelligence technologies when last year he addressed a top conference in Shanghai China.

AI, the internet of things and a best-in-class regulatory framework are now high on the government’s agenda, following the successful introduction of the world’s first comprehensive set of blockchain laws last year.

Castille is smelling the coffee and the penny has dropped to lay the foundations for a digital innovation hub. The fly in the ointment is having superlative technical facilities to train a workforce with the right skills. It is a tall order, since millions are needed to train a workforce proficient in AI.

But it is never too late to start. Government recently announced the funding of a scholarship bourse for post-graduate degrees, as well as hosting a lab to encourage the exploration of emerging technologies.

One looks forward with courage to the next Delta Summit this year sponsored by the government with the hope that it will attract tech-evangelists and AI engineers to help us build a local ecosystem. One augurs this fulfils the vision of the prime minister and hallmarks his legacy at a time when he is rumoured to be contemplating his exit from the political stage.