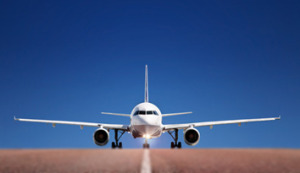 The biggest value investors Warren Buffet famously observed that the airline business, at least up to 1990, lost more money than it earned for shareholders, therefore as a whole it has never made a profit. However, the things now are changed and the International Aviation Organization estimates that air travel is set to double over the next fifteen years. In particular, the business that is experiencing a fast growth is the aircraft leasing one. A report recently released by DecisionDatabases.com, titled “Global Aircraft Leasing Market Research Report – Industry Analysis, Size, Share, Growth, Trends and Forecast, 2014 – 2021”, forecasts the Global Aircraft Leasing Market to cross 245$ billion in 2021, with an impressive growth rate around 6% throughout the forecast period. Currently is estimated to be 179$ billion.

Aircraft leasing firms play a crucial role in the global aviation industry. First, they level the movement of airplanes across the world in response to demand trends. If an aviation downturn in one country lead airlines there to contract operations, aircraft leasing firms can find a new place for displaced aircraft at airlines in another region where market conditions are better.

Second, over the last few years, airlines prefer leasing aircraft instead of buying their own fleet. Notably, aircraft leasing firms provide access to aircraft for low cost airlines that have less capital disposal and cannot afford to buy planes absolutely. Although this means that lessors bear some credit risk, this is controllable because their industry contacts put them in good position to sell or release an aircraft that is recovered from an airline in difficulty.

As observed by Richard Wolanski, finance director of Avation (a Singapore based commercial aircraft lessor), in his latest interview with Master Investor Magazine, one of the main feature of the aviation sector is the resilience. The airline industry has suffered a critic 15-year period, facing high fuel prices and business cycle downturns, as well as exogenous factors such as terrorist attacks and international epidemics, like SARS and Ebola. This resilience has been driven by a doubling of passenger traffic in the same period and, as a consequence, high demand for new aircraft. But even in the event of fluctuations of demand’s level and oil prices, aircraft leasing firms will suffer limited damages; most of aircraft leasing contacts are multiyear with customers across the world, so only a protracted global aviation downturn would threaten its solvency.

Despite what Warren Buffet stated, this business seems to be also a lucky investment for equity investors; according to Richard Wolanski, the aircraft leasing business allow to provide the dream of both high profitability and high growth: “investors have a tangible connection to aircraft assets and have the comfort of knowing the assets of which they are the effective owners” he asserted; nevertheless there is still a prejudice regarding invest in this sector: “our experience is that a significant proportion of investors have very little knowledge or understanding of the aircraft leasing industry even though on a yearly basis it funds approximately 60$ Billion of aircraft purchases”. This is the reason why companies as Avation are spending quite a lot of energy on researching new methods of building investor awareness and are becoming feared rivals for the European leasing market.

The foundations and success of this sector in Ireland derived from Tony Ryan, who leased out an Aer Lingus Boeing 747 in the 1970s and later founded Guinness Peat Aviation (GPA) in Shannon Airport, due to a favourable tax environment and support from the Irish Aviation authorities.

The main reasons for selecting Ireland as a location for aviation finance and leasing are, among the others: availability of a corporate tax rate of 12.5% and 0% VAT on international aircraft leasing; attractive tax treatment in an EU and OECD member state (and so an “on-shore” jurisdiction); availability of highly educated and skilled labour pool; established reputation as a jurisdiction for the location of vehicles to access the capital markets; Irish Aviation Authority (IAA) with its stringent high standards.

According to the 2012 PwC report ‘Overview of China’s Aircraft Leasing Industry’, foreign leasing companies “usually choose the countries or regions which have a developed leasing industry and a favourable taxation system, for example, Ireland.” However, Ireland is starting to look less attractive for an industry in which the financing and the airline customers are increasingly coming from Asia, which nowadays is the fastest growing leasing market at 7.7% CAGR. Singapore represents the biggest threat and the contention looks likely to be difficult; Asian firms are gradually developing the experience needed to compete in a highly technical industry.

In terms of the Chinese aviation finance market itself, cross-border leasing has a fairly large share of the market at present and demand for aircraft is moving east as well. Consultancy Flight global affirmed that Asia-Pacific carriers ordering 1,100 aircraft last year – more than North America and almost three times more than Europe.

Furthermore, Li Ka-shing – Asia’s richest person and a highly visible one – with his Cheung Kong Holdings entered the leasing sector. When Asia’s richest person enters aircraft leasing, it gives others some confidence that produce a flow of followers which can benefit of his moves even on a smaller scale.

New regional airlines are starting up throughout the territory to fight for a share of this potentially lucrative market. Moreover, a six-year ban on new privately owned airline start-ups by the Chinese government is ended and there is a highly demand for more fuel-efficient machines all over the world. All of this are the perfect ingredients for a booming market.

So far the flood of Asian money was mostly positive for Ireland. When on 2012 Japan’s Sumitomo Mitsui Banking Corp bought the Dublin-based aircraft leasing division of Royal Bank of Scotland for 4.7 billion pounds ($7.4 billion), it maintained its Irish management and headquarters; several other Asian companies operate from Dublin, including the leasing arm of Industrial and Commercial Bank of China, with a worth of $2 billion aircraft assets managed from its Dublin office.

Peter Barrett, chief executive of SMBC Aviation, in an interview said: “What we’re seeing is a rebalancing of the world, with Asia now taking its proper place as a significant region for the industry,”

Dublin’s supremacy could be under threat because Asia is fighting both for supply and demand. Notably, Singapore has copied Irish tax relief policies for companies and has underbid Ireland’s personal income tax rate by half, charging a top rate of 20 percent rather than 41 percent. Singapore’s corporation tax rate is 17%, higher than Ireland’s 12.5%, though most lessors are able to use depreciation rules to decrease most of their tax burden.

Nonetheless, there are also optimistic views about the future of the aircraft leasing market in Ireland and in Europe as a whole. According to Aoife Wallace (head of global trade and receivables finance of HSBC Ireland), Asian growing market is an opportunity, not a threat and must be the focus for Ireland’s aircraft leasing sector.

A recent article of businessandleadership.com reported her words: “there are particular openings presented by the high growth Asian market both in terms of the leasing sector itself and the requirement for leasing finance”. She also asserted that if the majority of the foremost Japanese lessors now have operations in Ireland, this is a direct consequence that IDA (Industrial Development Authority) Ireland has made aircraft leasing one of its investment priorities in China.

In conclusion, the global aviation market is incredibly fast moving with many factors including economic growth, oil price trends, and geopolitics influenced it.

Europe needs to ensure its pre-eminence in the sector and international connectivity will be indisputably critical, above all to exploit the opportunity of the crucially important Asia Pacific region.