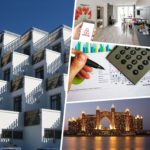 AirBnB is a disruptive innovation to which so far traditional hospitality has not fully responded and may in the near future lead to a reactive stance from the sector which is feeling its competitive impact as the share of tourists using it grows.

The advent of AirBnB has led to a call by the hotel industry for it to fall in line with regulatory policies. The definition of these policies and the evolution of local tourism are variables that determine choices the country has to make when it allocates its annual budget to promote and maintain the peak arrival rates for incoming tourism.

In other countries, attempts to ban the phenomenon resulted in a disincentive to innovation and was perceived as an attempt to protect oligopolistic markets; more receptive policies instead have the desired results helping the growth of tourism in a balanced manner. It should be recognised that in Malta as in many developing countries tourism is a gateway to ‘entrepreneurship’ and is considered to be one of the positive points in the development process of many countries and regions (Mathieson and Wall, 1982; Vanhove, 1986).  Simply put, AirBnB, allows travellers to find and rent private accommodation for their trips which has been rapidly gaining in popularity in recent years.

According to the company, it is now available in 34,000 cities and 190 countries. Its founders – Brian Chesky, Nathan Blecharczyk and Joe Gebbia – have convinced many travellers to reach out to experiment and enjoy the hospitality of house owners inviting them to share in home cooking in a family atmosphere.

AirBnB started in humble origins almost like a fairy tale. Three teenagers in a spirit of adventure and unbridled innovation created a website which surpassed over a decade and now has over 800,000 listings worldwide. The trio proudly state that they now offer more lodging than Hilton Worldwide or InterContinental Hotels Group or any other hotel chain in the world. Its founders had just graduated in 2007, from the Rhode Island School of Design, and destiny has it that they were sharing an apartment in San Francisco.

Penniless they struggled to pay the rent. Then an innovative streak crossed their minds.  A design conference was coming to town, and they decided to rent out air mattresses on their floor to visitors for $80 a night. They called and emailed every major design firm in San Francisco, asking if anyone else had a room for rent.

They put up a website, airbedandbreakfast.com, to connect hosts and guests. They even persuaded conference organisers to email attendees about it, linking to the site. It was a modest beginning but they never looked back. Moving forward they succeeded to borrow money from business angels, venture capital and later on financial institutions. At the end of the day, they attribute this success to the motto of trying to bring the world together.

The sexy slogan says you are not getting a room, you’re getting a sense of belonging.  In other words, a stranger is just a friend who hasn’t slept in your spare bed yet.  Interviewed by Vanessa McDonald from Times of Malta the area representative of AirBnB Mr Tommasi was in Malta and he said “that cooperation between AirBnB and the government was progressively improving”.

The innovative platform generates an average income of €5,100 locally for each family which now reaches about 6,800 listings. He was invited as a speaker at a seminar entitled “Evolving landscape of Boutique Hotels and Rental Properties in Malta” organised by property management company Casa Rooms.

In his opinion, AirBnB is, like many other disruptors, loved and hated in equal measure and while it has – in his words – “democratised” travel, yet traditional providers complain about what they see as unfair competition.

At this juncture, let us trace the origins of the domestic tourism market which started during the sixties with a host of government policies aimed to encourage the birth of an indigenous tourist industry. It offered a number of incentives to encourage local investors to build hotels and related tourist amenities.

One may applaud the efforts of MHRA to help MTA, the national organisation responsible for a gradual improvement in hotel bed night occupancy especially in the four and five star category while revenue from banquets, events and international conferences are on the increase. More connections with low-cost airlines are added each year. There are currently a growing number of Maltese listings on AirBnB’s website.

These range from spare rooms to whole apartments, farmhouses and luxury villas. The Hotel lobby states that private accommodation is currently being given an unfair advantage by not being required to abide by the same safety and licensing requirements as hotels.

Tony Zahra, current president of MHRA, contends that AirBnB properties need to be fully licensed and taxed so as to present a level playing field and fair competition with the legacy hoteliers. Reliable sources indicate that such accommodation is popular and accounts for 210,000 guests in 2017, more than 10 per cent of all tourists visiting the island.

One must admit that there are still a number of unlicensed properties yet the vast majority of AirBnB listings are fully above board. Really and truly such rooms comply with Malta’s regulations for rental through the Holiday Premises Regulations and pass muster with the Host Family Accommodation Regulations. The disruptive drive of three entrepreneurs is growing in strength and one augurs that the ‘sharing economy’ will provide more choice for the discerning travellers.