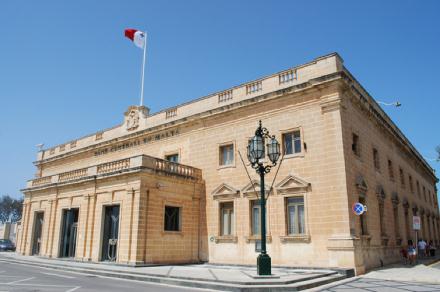 It is crucial that the adherence to EU public procurement rules centres around effective enforecment in all public entities and it is surprising how in practice one meets instances where the monitoring of such implementation is tweaked particularly in contract implementation. This is not in the true spirit of EU rules and in the past attempts were made to revise EU procurement rules so as to ensure better transparency and good governance. Karel De Gucht¸ European Commissioner for Trade¸ said: “I am a firm believer in making sure trade flows freely and government procurement must be an essential part of open trade markets worldwide. It’s good for business¸ good for consumers and brings value for money for taxpayers.

This proposal will increase the leverage of the European Union in international negotiations and with our partners to open up their procurement markets for European companies. I am confident that they will then get a fair opportunity at winning government contracts overseas and so generate jobs.”

Such transparency is vital to all bidders to government tenders but of course it is always the SME’s which suffer most when they try to participate in the inner list of accredited larger suppliers. It comes as no surprise that Dr Chris Cardona¸ Minister for the Economy¸ Investment and Small Business¸ was reported to have outlined‚ ‘boosting transparency (and) removing (unnecessary) red tape’[1] as the Government’s prerogative in this commitment for the betterment of the Maltese economy.

The reader may well ask if this article intends to recount particular instances where transgressions in procurement rules occurred and in fact details on such an instance are being explained in more detail. It was on  6 June 2013¸ quoting Tender No: 4/2013¸ Survey on Household Finance and Consumption in Malta¸ which was issued under the auspices of the Central Bank of Malta (hereinafter CBM).

Despite the cheapest bidder (an SME) having a bid price of Euro 37¸000¸ the tender was awarded to an alternate bidder at a quote of Euro93¸ 263¸ nearly three times the amount of the cheapest bidder. In the interim¸ an appeal was lodged and rejected¸ yet the star fact here is that the winning bidder’s bid price was kept under lock and key by CBM until after the finalisation of the appeal procedure which culminated in a report by the CBM appointed Independent Objections Officer (a retired ex-employee of CBM who is appointed and paid by the bank¸ details which obscure the perception of independence and impartiality).

The effects of this case were various and namely that the complainant was deprived of properly founding its appeal without such price¸ despite having amply communicated the essential need for this information as a proper basis to its appeal.

This had to be submitted within a window of ten days. Transparency rules at such a noble financial institution dictate that at