Author: Lynsey Schembri
Published on the Malta Today¸ 16 May 2014 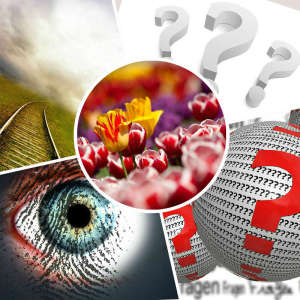 It is springtime and a favourite period of the year when a number of bonds are on offer to the discerning Maltese investors. As always bonds tend to be issued as unsecured instruments¸ offering better than average¸ high coupon rates which appear doubly attractive to the otherwise miserable rates offered by banks on savings and other term deposits.

Naturally with higher returns come higher risks¸ and it is incumbent on independent investor advisers to warn us that ‘the past is not a guarantee of the future’. Yes this innocuous term is so commonly used in the financial sector that promoters of financial products whisper it so quietly it is practically inaudible to the human ear or written in fine print that even the sharpest eyes tend to miss. Undoubtedly¸ this phrase brings with it a sense of uncertainty¸ a sword to the soul of the meticulous but nonetheless a veritable challenge to researchers and analysts who¸ in a quest to mitigate uncertainty¸ try to predict the future.

These prediction methods are sans the magical glass ball but instead are based on the use of concrete formulas and well-researched techniques within the scientific area of statistics.

In fact it is true that the evolution of statistical techniques is a growing family that¸ among others¸ embrace regression modeling whereby one of the main aims of such a procedure is in fact a scientific form of prediction. As a technique¸ it seeks to build a relationship between two types of variables; the independent ones and dependent ones while keeping in mind an element of error.

This relationship is based on what are generally known as the regression coefficient estimates. Each value corresponds to an independent variable and they represent the unit change in the dependent variable given that the other variables are kept constant. As a rather basic yet important regression technique one can find the Ordinary Least Squares¸ credited to be the invention of Gauss¸ a famous mathematician. As a technique it tends to excel given that there exist no relationships between the independent variables and also when the data the analyst is working with is not a high-dimensional one.

It goes without saying that tricksters tell us the road to hell is paved with good intentions and when these two conditions are violated¸ the model tends to have poor predictive ability.

Moving on to other developments we came across Ridge regression¸ which is another regression technique with an added twist. Such a method tackles the problem of any existent relationships between the variables by what is commonly known in the statistical camp as shrinkage. This technique considers the regression coefficient estimates assigned to every independent variable and if it detects any dependency between any variables¸ shrinkage is applied or in other words¸ the value of the regression coefficient estimate is reduced.

This dependency in fact might be a common occurrence in the financial world whereby financial instruments leading to the same dependent instrument might be indirectly related. A shortcoming of this technique is that if the analyst is dealing with voluminous data¸ ease of interpretability is lost.