If the claim proves valid at court this is an unpleasant skeleton in our cupboard since Bank of Valletta is being requested to pay the value of the shares in the trusts Giano, Capital Trust, and Gilda, which it held as a trustee back in 2009 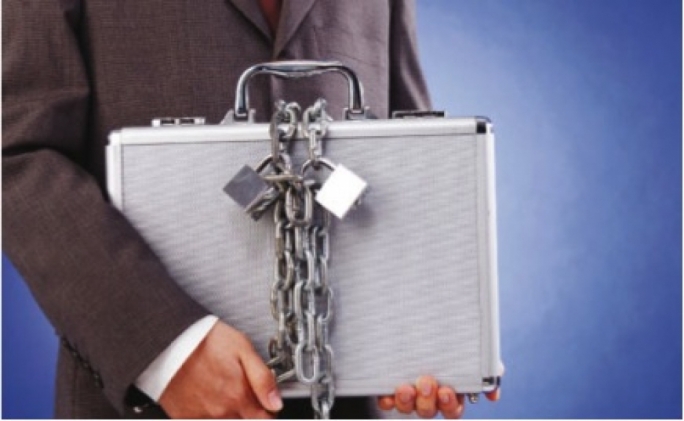 This article discusses a number of financial scandals that have rocked the media, even though locally readers may have overlooked them as they were over shadowed by the referendum to abolish spring hunting and the local councils elections – the latter garnered a lot of attention as it is believed to be an important barometer of mid-term popularity for the government.

Back to the topic of scandals only a few noticed a brief article in MaltaToday about a potential claim against BOV by Italian liquidators of a bankrupt shipping company. This concerned an official announcement of a €363 million claim brought against Bank of Valletta in an Italian court.

Surely if the claim proves valid at court this is an unpleasant skeleton in our cupboard since Bank of Valletta  is being requested to pay the value of the shares in the trusts Giano, Capital Trust, and Gilda, which it held as a trustee back in 2009.

Although the transaction occurred last year when liquidators took action against the bankrupt group of companies, it seems that BOV only last week announced that it would be rejecting the claim saying it is completely unfounded. The directors had decided not to report this major claim in its financial statements and no provision was considered necessary in the last results, which incidentally were subject to extra scrutiny by ad hoc reviews undertaken by the European Central Bank last November.

This audit revealed an increase in impairment of about €16m on certain assets which effectively reduced its dividend for the year but again no mention of any contingency for the Italian insolvency. Naturally as the government holds approx 25% of the bank (it appoints an executive chairman and two directors) it quickly issued a statement officially saying there was no cause for alarm for depositors.

MaltaToday commented that this claim may be just the tip of the iceberg if the claim is enforced as it concerns massive fraud in southern Italy, where over 13,000 bondholders in the trust accounts have had their savings wiped out.

The sad story concerns Deiulemar – a shipping company owned by a family in Naples which last year saw seven of its members jailed for up to 17 years, accused of making illegal financial gains. The Della Gatta family were found guilty of fraudulent bankruptcy, having transferred their assets to Maltese, Swiss, and British Virgin Islands trusts to avoid their exposure to creditors and hide them away from 13,000 retail investors from the Torre del Greco community – these had succumbed to the scam and rushed to subscribe to their bonds.

As if reading a Mafia storyline, one notes how these criminals were charged with embezzlement of some 800 million euros in a manipulation scheme that originally issued high-yield bonds to about 13,000 dwellers of Torre del Greco – poor citizens who parted with their life savings.

The liquidators of the Deiulemar have filed a civil claim against Bank of Valletta among others as investigators last year reported how the major Italian dry freight group was declared bankrupt owing more than 500 million euros. The slump in dry bulk shipping rates is one of the worst that ever faced the sector, so much so it has sunk a number of dry bulk firms, including Britain’s oldest, Stephenson Clarke Shipping Ltd.

The Italian court said the company was declared bankrupt and had appointed temporary administrators. It is relevant to point out that Deiulemar Shipping, based near Naples, was founded by the sons of the owners of another shipping company and after a tipoff it had experienced a sudden visit from Italian police who seized assets amounting to 323 million euros – these included 10 vessels.

It is good to reflect how Deiulemar, once a mighty ship owing company, has suffered immensely due to a weak market for dry bulk shipping rates. The next episode in a row of three scandals concerns the famous heiress of the Nina Ricci perfume and fashion – a business of international fame.

Nina Ricci, whose real name was Maria Adélaïde Nielli, was an Italian-born clothes designer who settled in France as a teenager in 1895. Her son Robert – Arlette Ricci’s father – developed the company’s perfume offshoot and raised its international profile.

At the venerable age of 73 Arlette Ricci (granddaughter of Nina Ricci) has been  convicted of tax fraud by a Paris court accusing her of  hiding millions in tax fraud in an offshore HSBC account  (SwissLeaks).

She was arrested in 2011 after police descended at dawn on her Paris apartment on the chic left-bank Boulevard Saint-Germain, when she was held in custody for 48 hours. How the mighty have fallen – she was sentenced to a year in prison and ordered to pay a €1 million fine and had to forfeit two properties worth four million euros by way of tax fines.

Sadly even her daughter, Margot Vignat, was also convicted and given an eight-month suspended sentence, convicted of cheating, forgery and criminal breach of trust.

At this juncture, one may remind readers that the SwissLeaks saga revolved around a larger spectrum of countries and its facts were discovered after a joint investigation was spearheaded by the International Consortium of Investigative Journalists. This team succeeded to unravel almost 60,000 leaked files that provided details on over 100,000 HSBC clients with their secret bank accounts.

Such a discovery raised serious questions about oversight of HSBC Group on the Swiss operation by its senior executives and it is now acknowledged that HSBC headquarters took their time to act to bring the Swiss operation in line. One reflects that after all tax authorities around the world have had access to the leaked files since 2010, yet the extent of the misconduct has never been made public, such that quoting one memo, an HSBC manager was recorded discussing how a London-based financier whom the bank codenamed “Painter”, and his partner, could cheat on Italian tax.

In another controversial case one meets the story of millions stashed away belonging to Emmanuel Shallop, who was subsequently convicted of dealing in “blood diamonds”, the illegal trade that helped propel wars in Africa.

Paradoxically an internal HSBC memo reads as follows: “We have opened a company account for Emmanuel based in Dubai… The client is currently being very careful because he is under pressure from the Belgian tax authorities who are investigating his activities in the field of diamond tax evasion.”

Such practices suffered no scruples as it also served those close to discredited regimes such of former Egyptian President Hosni Mubarak, former Tunisian President Ben Ali and current Syrian ruler Bashar al-Assad. It is not surprising that HSBC ‘s staff provided assurances to its wealthy patrons that it would not disclose details of accounts to national authorities.

Moving on to the last case we end this article by quoting the famous accounting fraud perpetrated in a mega public listed company based in India.

Readers may well ask how was the accounting fraud concealed in a public listed company for so many years without being detected by the authorities. In fact, this fraud, which is said to be the biggest in India’s history, came to light after Raju, the perpetrator and founder member, allegedly confessed to cooking the company’s books for many years.

The court has charged its major shareholder and nine top officials together with two PWC auditors – these were accused with collaborating to inflate revenues, fabricate invoices, falsify accounts and income tax returns, and fake fixed deposit receipts.

In short, in an effort to hide the company’s difficulties, its profits were inflated to the tune of several billions of rupees. The investigation took six years and involved a marathon starting with a thorough checking of 3,000 documents and examining over 230 witnesses and as can be expected, shares in Satyam plummeted which in turn forced the company to be sold to Tech Mahindra in 2009 in a government-overseen auction.

To conclude one finds the definition of financial scandals in Wikipedia to be the disclosure of financial misdeeds by trusted officials of companies or governments. As discussed in the three examples, above mentioned, one may come across  “creative accounting” or even understating of revenues for tax purposes hidden in foreign accounts or trusts – discovery of which seems to surface more frequently during times of an economic slowdown.