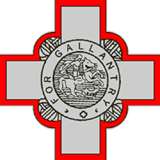 This year¸ the Maltese government unveiled a sweeping strategy to partner with Microsoft for an innovation centre and in the near future create its own internal “cloud computing” system – such as that used by advanced EU countries. The minister responsible for IT was reported to say that “the goal of the innovation centre is to stimulate a strong ICT skills base in Cloud Computing and the development of Cloud Computing Solutions and Services that can be marketed locally and beyond our shores.”

Malta is a merited choice for such an investment¸ having ranked first in EU eGovernment Benchmarking in 2010¸ ranked fifth highest in the percentage of employees with ICT skills in Europe and ranked fourth among European countries in terms of eSkills activities by the government. The key part of the new strategy¸ outlined by the government will be a five-year¸ €26.8 million strategic partnership agreement with Microsoft Corporation which includes lower enterprise licenses¸ educational initiatives and the setting up of a Microsoft Innovation Centre that will be a pioneer to focus on Cloud Computing. Press releases state that the target date of completion is next year and included in the Enterprise Agreement is a provision aimed at trimming annual licensing fees by 12% charged by Microsoft. This means the island will be using the latest version of Windows 7 (among others) and when fully functional the civil service is expected to boost its productivity and continues to render an improved service to taxpayers. The novel idea to partner with Microsoft brings in advantages such as free use of office software in schools benefiting for 28¸000 users in state primary and secondary schools¸ including students¸ teachers and administration. It is a pity that the digital gap in certain pockets of the government administration may not immediately gain from enhanced mobility and communication plus remote management offered by the latest critical overhaul. Next year the proverbial ICT harvest is rich but there may not be enough field workers to reap it. Imagine if you can¸ if the entire island can as from next year start using Cloud computing¸ availing itself of the latest technology and improving its access time when retrieving/processing data.  Read more on page 28 of the January 2012 Edition of the Lawyer Monthly Magazine