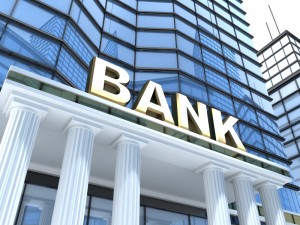 It was 12 years ago when the finance minister at the time solemnly announced the arrival of HSBC, an international banking giant that had been lured to anchor its ship in our harbour. Many financial analysts applauded this important milestone in our banking destiny and likened it to a homegrown miracle that, for the first time, put Malta on the international map of high finance.

Political commentators waxed lyrical about our nascent financial services industry that was waiting to join the club of respected and well-heeled trading centres. They pointed out that this was the right conduit for new investors, opening the mythical floodgate of foreign direct investment that generally flocks to countries that sport such highly respected banks as HSBC.

This stroke of luck marked our baptism into modern banking practices in a country that had, for a number of years, never faced internal competition from foreign banks with the magnitude and diversity of services as those offered by HSBC. The days of conventional banking of the “sleepy” type were over and our bank clerks, using HSBC methodology, would be trained to deal in international currency trades, including bancassurance, 24-hour mortgages and house equity finance, and would understand, and become custodians of, complex investment schemes.

This good news was also very much applauded by the party faithful and, amid the euphoria, nobody noticed that the privatisation deal was unusual: as they say, the devil is in the detail. Now, 12 years down the line, we know that great strides in sophisticated banking techniques have been made with staff coached by foreign managers within HSBC. This new technology helped in no small way to improve banking services both locally and, even more so, in international spheres.

Apart from a quiet revolution in staff training, HSBC has converted a property it acquired on the bankruptcy of a client (a chain of supermarkets) into a digital call centre employing an extra 500 workers. It sold one of its branches to Mepa for a tidy sum and upgraded most of it 55 prime sites to international standards as befits such a respected brand. The reader may wish to be reminded about the background that led to the privatisation of a government-owned listed financial institution named MidMed Bank. It was during the Nationalist Party administration of 1987-1992, in preparation for privatisation, which saw 33 per cent of the Mid Med sold to the general public with the rest retained by the state. Seven years later, the public was caught unawares when the finance minister announced that HSBC Holdings plc had purchased the 70.03 per cent stake in Mid-Med Bank for just €184 million (with no staff redundancies) .The bank was renamed HSBC Bank Malta plc. The Opposition party was up in arms, saying that MidMed Bank, being an economically strategic asset, deserved a higher valuation. Remember that in 1999 there was no global banking or sub-prime crisis .The Opposition and other bodies made demands for a public investigation but none followed.

Without a doubt this purchase of MidMed Bank by HSBC was a bargain. The capital payment that was agreed was to be paid over two years, interest free, on condition that all the staff would be retained with the same working conditions. As was to be expected, HSBC swiftly took over the administration, made crucial changes in working practices, introduced an early retirement scheme and cut costs. Thanks to its brinkmanship, it succeeded in recouping the acquisition price from generated surplus within two years. Since then, the profits have rolled in at an annual increased rate and the balance sheet now totals more than €5 billion. Life goes on and since 1999 nobody has bothered to check the credentials of the privatisation team that brokered the deal to dispose of such a strategic asset. It was all smiles on the faces of eunuchs at the Asian branch of the Hong Kong and Shanghai Banking Corporation. Still, it seems that although for taxpayers every penny counts when selling the family silver, politicians remind us that one cannot exaggerate the loss accruing on this sale as definitely any act of privatisation is not unlike a rose garden: it smells wonderful but is full of thorns.

Such a thorn could be felt in the side of UK taxpayers when the news hit the headlines this week that Northern Rock bank had been sold for a song. The coalition government announced the sale of Northern Rock plc for £747m. Chancellor of the Exchequer George Osborne said: “The sale of Northern Rock to Virgin Money is an important first step in getting the British taxpayer out of the business of owning banks. It represents value for money; will increase choice on the high street for customers; and safeguards jobs in the North East.”

Critics lament that this is not a good deal, considering that when the bank was in trouble and bailed out by the Labour government it separated the bad from the active and profitable loans on the balance sheet. The sale made a loss of £400 million. The so-called “bad” bit, consisting of the risky loans and 125 per cent mortgages, was restructured and conveniently merged with mortgages from the failing Bradford and Bingley (B & B) to create a special vehicle named UK Asset Resolution (Ukar). Essentially it is in run off so the loans and guarantees from the bailout money get slowly paid off as people pay off their mortgages.

Essentially, while the deal guaranteed the jobs of the workers it came at a high price (compare the MidMed case above). Yes, the British government has sold-off the “good” part of Northern Rock while still saddled with the toxic assets in Ukar. Northern Rock (which sponsors Newcastle Football Club) had £1.4 billion of taxpayers’ money pumped into it, and its main part has now been sold for a total price tag of £1bn.The iconic billionaire Sir Richard Branson (the acquirer) was smiling all the way to the privatisation bench. Politicians lauded this move as a promise to the public made by the coalition government to return public sector stakes in banks to the private sector. This is part of the government’s wider strategy for the banking sector, with safer ring-fenced banks assuring wider competition for customers.

Sir Richard’s vision is to combine the business of Northern Rock and Virgin Money and establish a new competitor in the UK retail banking sector. Party apologists wax lyrical that, considering the financial turmoil in markets, the government has done its best to help another bank (replacing the ailing Northern Rock) and thus increase choice for high street customers. Virgin Money, which will be taking over the banking institution, has promised to innovate and expand into new market segments. The signature deposit will amount to a cool £747 million in cash, with the balance to be paid making a total of one billion pounds. As one of the conditions of sale, Virgin Money is committed to no more compulsory redundancies, beyond those already announced, for at least three years from the date of signature.

Other conditions include a pledge to retain the existing number of branches. Obviously, the sale will ensure a seamless service for all depositors. It is good to know that the decision to proceed with a sale was based on advice from UK Financial Investments (UKFI) and their independent advisers, having considered all bids and other relevant options. Sir Richard Branson is surely a smart dealer and can proudly claim that, even in these difficult times when Sterling is at its lowest level against major currencies, he has shown courage and determination to venture into risky retail banking. Sir Richard has announced his ambitious scheme to make a multibillion-pound acquisition of not only Northern Rock but also, later on, 600 branches of Lloyds Banking Group.

Perhaps what he has achieved in transatlantic flights will be replicated with similar success in high street banking. Lloyds is being forced to put 600 of its branches on the market – probably next month – to appease European rules on state aid following its taxpayer bailout.

To conclude, it seems that when the going gets tough in financial markets the pain for taxpayers gets tougher. It is not surprising that there have been huge protests in London by consumers and Opposition parties that the sale has been done on the cheap. As always, politicians pass the buck. Chancellor Osborne has rejected criticism of the sale by claiming he was tied to a deadline set by the previous Labour government. As in our case with MidMed bank, the UK government has shunted responsibility for the “fire sale” price allegation, with Osborne solemnly claiming that the sale offered “the best possible deal” for the taxpayer and it was a higher “price-to-book value ratio” than exists at Barclays, Lloyds TSB or Royal Bank of Scotland.

On the positive side, we can cheer that no redundancies have been made by either MidMed or Northern Rock, even though senior managers were politely given a golden handshake when HSBC finished its initial HR exercise. The Northern Rock disposal has come at the wrong time and this is reflected in the disposal price: just consider the fact that the British budget deficit is at its peak, unemployment is high, consumer demand is waning and the banking sector is in a deep crisis. If, in the near future, Virgin Money takes off and mirrors the profitability that HSBC is reaping in Malta, then unmistakably one can only applaud Sir Richard and hail this deal as a stroke of genius. Lady fortune favours the bold and resourceful suitors.

George M. Mangion is a partner in PKF, an audit and business advisory firm