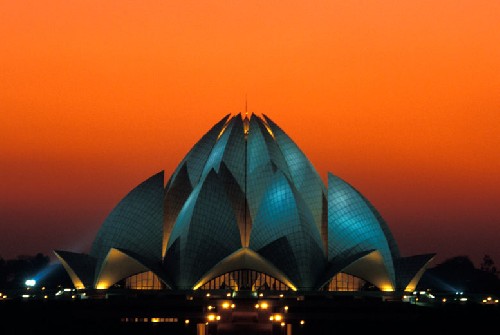 2012 is expected to be a busy year for the High Commission of Malta in New Delhi as it seeks to build upon last year’s endeavors to promote and enhance Malta’s political¸ economic¸ educational and cultural relationships with India.

In 2012¸ the High Commission will continue to work with the Indian Authorities to strengthen bilateral relations through a number of initiatives including the possibility of High-Level meetings between the two sides. In addition¸ it is expected that the Agreement on the avoidance of double taxation as well as the Agreement on the waiver of visa requirements for holders of diplomatic and service passports be signed in the course of 2012. The High Commission is to continue following the negotiations on a number of other agreements currently under consideration. The High Commission is actively participating in the preparatory meetings and briefings for the forthcoming EU-India Summit¸ which is going to be held in New Delhi on 10th February¸ 2012. Malta recognizes the benefits of stronger relations between the EU and India in fields such as¸ trade and investment¸ the security field¸ especially with regard to piracy and other illicit activities¸ and more generally in terms of cooperation with India in multilateral organizations such as the UN and the WTO.

A number of activities have been planned to further enhance trade and economic relations with India and in particular to promote Malta as the ideal investment destination. In this regard¸ a seminar on “The Legal and Regulatory Aspects of the Pharmaceutical Industry” is to be organized to showcase the comprehensive and supportive environment that Malta presents to Indian pharmaceutical companies. An arrangement has also been finalised with the editor of the bimonthly issue of “The Pharma Review” to publish an article about the attractiveness of Malta as an investment destination for pharmaceutical companies. The High Commission will continue interacting with the various Chambers of Commerce across India¸ giving detailed presentations about the benefits of investing in Malta as well as holding meetings with companies who are considering expanding their operations overseas.

With the help of The Malta Chamber of Commerce¸ Enterprise and Industry¸ two Maltese IT companies are to participate in the INDIASOFT Fair¸ which is going to be held in Hyderabad between the 21st and 23rd March 2012. This fair will provide these two companies with an excellent opportunity to establish contact and enter into strategic tie-ups with Indian companies. With respect to the educational sector¸ networking efforts will continue with educational institutions in India to attract students to follow tertiary courses in Malta. In this regard¸ a number of initiatives are to be organized with Indian Educational Institutions¸ ranging from Student Enrichment Programmes¸ Train the Trainer & Teacher Training Programmes. The First Indian Student Delegation to Malta will take place in April 2012¸ and will comprise students and teachers from seven premier Indian schools from different parts of India. In addition¸ between the 19th and 26th February 2012¸ a delegation from the University of Malta will be visiting India¸ in order to explore avenues of collaboration with a number of Educational and Research Institutions in Bangalore in the areas of Science¸ Information and Communication Technology and Engineering. On 30th January 2012¸ the High