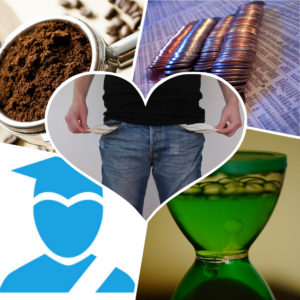 The increase in the average wage is heavily influenced by wage increases in the professional and technical categories. At a time when the government has been gung-ho about the economy one can hardly ignore the fears that part of the population is falling into the poverty trap and therefore we must quickly make sure that a proper safety net is in place.

The safety net is the culmination of an ongoing effort to assess what constitutes a living wage below the level of which workers should not be engaged.  The living wage differs from the minimum wage in that the latter is set by law and can fail to meet the requirements to have a basic quality of life and leaves the family to rely on government benefits for additional income.

Naturally in Malta most unions wax lyrical about the need to achieve a fair income distribution policy. Some have argued that this has deteriorated over the years as inflation and annual deficits have taken their toll with the creeping increase of inequality which invariably undermined the social consensus for a fair distribution of wealth especially so among the lower income classes.

A debate over whether there should be an increase in the minimum wage has intensified in the aftermath of Budget 2017, in part fuelled by continuous pressure by the Opposition which started a holy crusade to help the thousands of households that in the opinion of the shadow finance minister are struggling to make ends meet.

They shout over the rooftops that real wages – the purchasing power of salaries – are going down. The Opposition quotes the Caritas report on minimum wages to justify an increase based on empirical studies of three different social classes in the working population.

They lament that although the harvest is rich the fruits are not equitably distributed among all strata of workers. Caritas proposed that the minimum wage should increase gradually and the Opposition quickly took this to mean that poverty is on the increase and that the government lost its social conscience.

The dumb question that follows is – can it be true that the number of people at the poverty level (real or perceived) is on the increase?  Can we sit down and take a more holistic approach to the incidence of poverty now that we witness early signs of healthy growth in our economic garden.

It is true that we have not struck oil and there is no windfall to share so we need to be feet on the ground before the budget master can splurge goodies given the burden of accumulated national debt.  Budget 2017, did not indulge in giving a golden jackpot in an attempt to plug all holes in our social fabric but really and truly it tried to help those on low income bracket by guaranteeing a €4 increase per week.  Surely the time has come to gather empirical data using independent surveys commissioned by government to measure this creeping phenomenon.

Starting with the massive leakage of early school leavers who gain no formal education and yet are expected to earn a decent wage when nowadays even more than ever this is becoming more difficult since employers demand higher technical qualifications to meet raising competition and digital competency.

The Opposition complains that minimum wage is too low to sustain a breadwinner (unless he/she does three jobs on the hop). Real wages are on the decline, as not everyone works overtime or is paid a bonus-according to the PN.  Others sustain that if minimum wage goes even slightly up then sectors making heavy use of low skilled workers will suffer reduced profits and start shedding workers. Surely this is counterproductive and exacerbates poverty levels.  In fact, the media reported Finance minister Edward Scicluna at MCESD saying that minimum wage adjustments will not directly improve poverty levels as he thinks that many people who fall beneath the poverty line are in fact unemployed or pensioners.

So, does this mean that the social benefits paid to thousands on the dole and the average pension levels are not linked to minimum wage?  It is a fact that changes in cost of living has been indexed on a basket of household expenses and the COLA mechanism automatically increases minimum wage to reflect any upward movement in inflation.  The finance minister contends that in his opinion why look a prize horse in the mouth … the COLA mechanism is a social contract that worked perfectly for sixteen years and there is no pressure to change it. Equally belligerent are the Association of pensioners who disagree saying that a revision is overdue of the content of the items used in the basket of household expenditure.

Not surprisingly General Workers Union (GWU) presented a proposal for an increase in the minimum wage but not across the board but by way of an additional top-up from the government. So, can the quest to offer a Living wage help to turn the tide? It is a way to show a more human face of capitalism.

In the long run, it will strengthen the system of a democratic society and make Malta more and not less productive.  Indeed, all the evidence about the national minimum wage, since it was first introduced consistently shows that regular upgrades had a positive impact on household incomes with no real evidence of negative effects on businesses overall.

Most people who earn the existing minimum wage, or close to that, are employed in the hospitality and catering sectors, that is, they are working to produce goods and particularly services which are not internationally traded.

One can appreciate that a single living wage, built up to match consumption needs can be hard to compute if it is expected to accurately equate to all the exigencies of different household types.

In practical terms, every time the national wage threshold is increased we expect to pay more for our espressos so that the people who make and serve them can expect to enjoy a better standard of living.

But that is a light touch approach to the problems faced by industry with marginal profit ratios which struggle to compete in the international markets.

For example, in the UK one reads that the trajectory for the increase in Living wage is steep such that in 2020 it would be 30 per cent higher than the current minimum wage. Locally there has been resistance by employers’ association, GRTU and the Chamber of Commerce against raising the minimum wage.

That’s because small-business owners, the vast majority of whom would love to pay their employees more, do not generally make big enough profits to afford a doubling of their labour costs.

Service-sector businesses that typically employ low-wage employees have average profit margins in the single-digits so in their business model the minimum wage math simply does not add up.

In this catch-22 scenario the business cannot afford to improve wages so does it mean that low skilled workers are slowly sliding into the unfathomable abyss of poverty?

Not so fast – argues Finance minister Edward Scicluna who is on record to refute claims that the purchasing power of salaries are going down. The Finance minister insists that a wage survey presented in the Budget’s economic survey to which the leader of the Opposition is referring, is not reliable because of the relatively small sample of the working population.

Philip von Brockdorff, Head of the Department of Economics at the University of Malta, argues that “the average wage increase doesn’t give the whole picture, as there are sectors where wages are relatively low and which have remained relatively low.

In his view, the increase in the average wage is heavily influenced by wage increases in the professional and technical categories. In the case of low skilled workers, wages have virtually remained unchanged”.  Can one conclude that in terms of the bigger picture, income inequality is still a cause of concern?