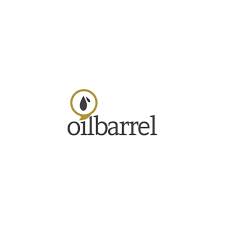 Following the success of the Economist Roundtable Conference particularly the section on Oil and Gas and maritime opportunities PKF will be organising a follow-up event to be hosted in conjunction with Oil Barrel Ltd.¸ which is UK’s specialist firm in the sector. The conference will be held in London on the 7thMay 2014.

The event targeting professionals from all over the world interested in oil & gas exploration. It brings together senior government representatives¸ oil and gas corporate leaders¸ financiers and global energy experts from around the globe to share their knowledge and experience on oil exploration possibilities.

The central theme of the conference is¸ can Malta become a potential oil and gas hub similar to Cyprus¸ Sicily¸ Tunisia and Morocco and in the medium term reap dividends from production sharing agreements if and when oil or gas is found in commercial quantities.

Over the last decade we have seen an evolution in the oil and gas industry. For a variety of reasons¸ exploration during the past decade in Malta has neither been intense nor extensive¸ until now. Drilling of a wildcat well is taking place by MOG in area 4 in the south and a new 2d seismic survey being commissioned in area 3 in the north of Malta. Licensees in Area 3 (Blocks 1¸ 2¸ and 3) are Capricorn Malta 60% (a subsidiary of Cairn Energy plc) and Melita Exploration Company Ltd 40% (a subsidiary of Mediterranean Oil & Gas). According to Tony Hayward Chief Executive Officer of Genel a substantial oil drilling company it hopes to have the first results of oil drilling off Malta’s coast by mid-July 2014. The OilBarrel conference will encourage a new dawn of investment of which leads to a future prospect of Malta joining the growing list of oil producing countries.