As published on The Malta Independent on Sunday 5th January 2013 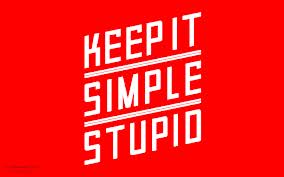 This year will be one of challenges and opportunities according to the prime minister in his end of year speech which highlighted work done by the government so far and thanked the people for the solidarity and generosity shown in l-Istrina and in other events. Equally generous were the party faithful who filled the coffers of their respective party during a call for collections to support the administration.

Dr Muscat was optimistic for the coming year and was upbeat about the good prospects that lie ahead. In his opinion it is going to be a year punctured with glorious celebrations of major historical events which will leave us gasping with joy and mirth. These celebrations include the historical milestones of Independence¸ the Republic¸ Freedom Day and EU accession) as well as the appointment of a new President (non-partisan?). There will be citizens gasping for breath given that the calendar this year is peppered with jubilant celebrations and these should be unifying events which one hopes can mitigate the political division among the voters (Malta Taghna Illkol). So what can we expect for this year given that the budget has promised us a better quality of life and to taunt the PN it also stole their thunder by reducing tax on personal income of managers and the middle class. The immediate reform includes an uprooting of the on the blink transport system which has been an unfortunate experiment for the past three years run by a German owed company registering losses of €68 million.

Guess what colour will be the new buses once the expression of interest (hopefully followed with a public tender) is concluded – certainly it will not be the bi-polar orange colour of the past. No doubt fares will go up but once established the transport system will improve our air quality if it receives a positive reception by motorists they will leave their cars home and use the public transport thus easing congestion.

But many will ask where is the beef? What are the tangible new capital projects that will improve our GDP¸swell employment and reduce annual deficits ?An ebullient prime minister roll calls the list of projects to include free childcare centres¸ the maritime hub in Marsa¸ the cruise liner terminal in Gozo¸ massive land reclamation plans ¸ the new power station and new traffic junctions at Kappara and near the Addolorata cemetery.

That is quite a mouthful and it augurs well. The nagging feeling is such ambitions projects need a vigilant and efficient civil service to see it through not forgetting the taming of MEPA -a tough cookie which may be the fly in the ointment –ie unduly slow down the issue of permits.

Is it a paradox to hear PL apologists continue to remind the party faithful to rejoice as Malta has done well in 2013 having registered the fourth lowest unemployment rate in 28 EU countries. Other good news are the daily sights of a recovering economy with record tourist arrivals¸ starting a new investment in gas operated power station and a respectable 1.9per cent GDP growth  Such good tidings are broadcast daily on State owned TV showering us with news about the economy saying it is on the mend