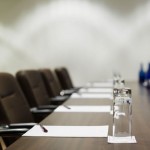 Ever wonder why some company’s sales programs are more successful than others?

During a recent forum at Emergence Capital that included Bill Binch¸ Marketo’s EVP of Worldwide Sales¸ followed by panels dedicated to sales efficiency and growth strategies with speakers from ServiceMax¸ InsideSales¸ Zendesk¸ Fuze¸ and InsideView¸ I compiled 10 “sales secrets” based on their experiences.

1. Give sales reps transactions quotas¸ not revenue quotas. Binch joined Marketo in May 2008. To make a difference in the first 90 days and remove hurdles to closing deals¸ he changed quota metrics from revenues to transactions. Six months later Binch put some rules around business and discounts¸ but it initially gave sales reps confidence to close deals¸ regardless of the deal size or customer brand.

2. Partner with marketing from the beginning. Scott Berg¸ COO at ServiceMax commented¸ “Sales starts with a demand generation pipeline model¸ but ultimately¸ it comes down to the conversion from the leads. That requires constant communication between sales and marketing. We don’t incent on leads¸ we focus on closed business.”

3. Select your quotas with care. Match your quota timeframe to the sales cycle. Marketo was initially focused on SMB customers with sales cycles under 30 days. Rather than using quarterly quotas¸ Binch converted to monthly quotas to establish a monthly cadence that improved each month. The sales team pushed for closes 12 times a year rather than four¸ which helped sales velocity.

4. Selling is math¸ not magic. Michael Critchfield¸ VP Sales at InsideSales¸ explained the importance of specialization and metrics in selling.

“We have ‘business development setters’ that work on hourly cadence. Very fast. They focus on appointments today and tomorrow¸” he said. “They turn over qualified opportunities to a highly structured inside sales group. The key is getting the data in the system. Our view is that selling is more math than art¸ sales can be broken down into a DNA sequence.”

5. Transparency helps erode competition. When Binch started¸ there were only a few small players¸ including Eloqua and Silverpop. There was not even a Gartner Grid at the time. His team made four key decisions to help them compete and accelerate sales cycles¸ the first of which was to show pricing on web. It was edgy to enable self-service back in 2008. Competitors were angry¸ but the transparency helped us compete.

The second move was to 15-day free trials that gave customers enough time to launch a campaign. No competitors offered trials at the time. They converted 96 percent to paying customers. Third¸ to establish trust¸ Binch’s team had to pre-empt the “uptime” question and customers wanted to know what percentage of emails hit in-boxes. They decided to post answers to these kinds of questions on a webpage¸ Trust.marketo.com.